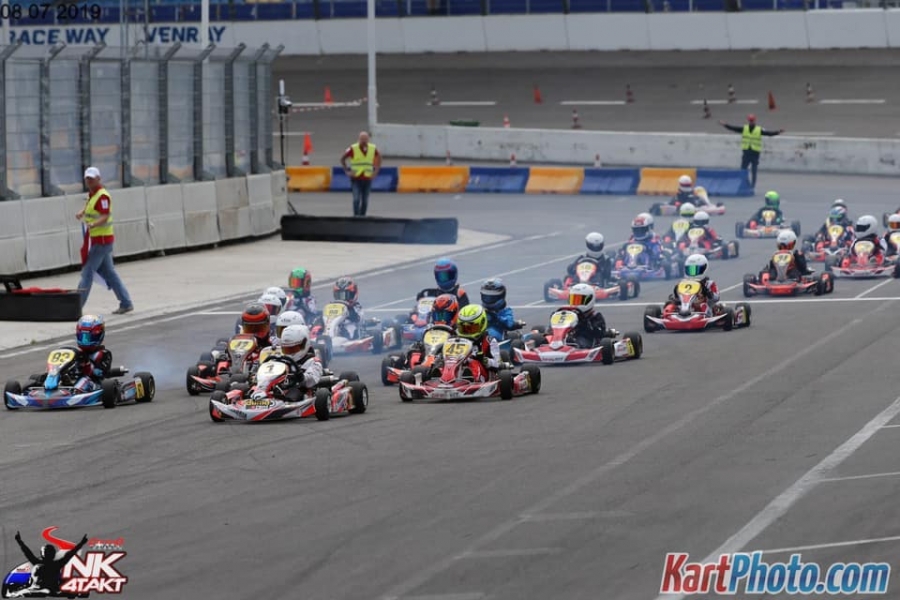 First of all, we want to introduce the latest, and youngest, member to the academy team:

Jeavy Reppel ✌️ The 6 year old joined the official Friday practices and showed LOADS of potential for his age ! Ofcourse, due to his age, he is nog yet able to get his license to join the official Nationals Championships! ?
Than, we had another new driver that we have welcomed to our team : The 9 year old Vince Meert. Who started Karting in 2017 but didnt drove at all during the whole 2018 season.

Vince qualified 21st (12th in Rookie Class), but worked himself into p12 for the Final manche, where working for top10 he got involved in a crash, and fell back out of the top20... but fought back strong! And made up 5 places again !?
Aaron Ferrazzano, had VERY difficult weekend... Saterday we had to run our own engine, cause the lotery engine had troubles. The goal was to be in front of the closest championship contenders.... and he did !
Finished 2nd, behind a "wildcard" driver (geuststarter), givin' Aaron, yet again, a little more advantage in the championship, which he's leading ??

Senne Sutens, didn't had the perfect setup found, afterlittle carburettor problems, which have been solved by the engine suplliar, Senne made his way back into P4!
Very VERY good points gor the championship ! Making up places , with the aim for a top 3 in the end lf the year !?

Lorenzo Noschese, surprised us all, even his qualify result was a little dissapointing, he still managed to touch the top 15 overall and constantly was battling in the top 12 in Rookie class ??
Tweet

View the embedded image gallery online at:
https://flandriakart.be/news/186-flandria-kart-academy-dutch-nationals-round-4#sigProId4fceef1a29
back to top

Flandria Kart, a product of